To celebrate the 25th anniversary of Rammstein's debut album, RammWiki and Rammstein World worked together and created a website dedicated to the album. Here you will find all information about the album, how it was created, information about the songs, demo tapes that led the band to their first record, along with some exclusive content and more.

We were able to get exclusive interviews from Carl-Michael Herlöfsson, one of two producers of the album (the other one being Jacob Hellner of course, who sadly didn't have the time to give us an interview). The other interview is with the one who invented the now well known Rammstein sound: mixer Ronald Prent.

More exclusives include the finally complete lyrics to the Wollt ihr das Bett in Flammen sehen? demo Bringer. Also even more lyrics to the unreleased song Tier and concerts from 1996 in a quality never before equalled.

We encourage you to browse through the website and you will find a lot of new stuff and information.

We hope you enjoy this page and all of its contents, just as much as we do!

The band heard about the Metrobeat competition, to which a tape of demos had to be sent in. They recorded four songs, one of them being an early and English version of Weißes Fleisch, called White Flesh back then, and sent in the tape under the name Tempelprayers. They immediately won the competition. The prize was a week in a professional recording studio.

Noticing that success, Paul Landers heard of the band, and joined it. The band also wanted Christian "Flake" Lorenz to join, because they wanted his instrument and he was different from other keyboarders. The band told Flake that they would really like him to be in the band, but if he did not want to be a member, then there was no way back. The only demand Flake had, was that the band wouldn't sing in English, but German. 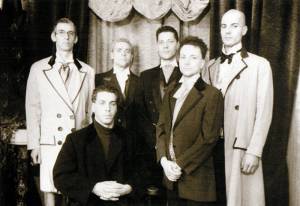 The band agreed, and, with the previously won studio time for one week, they recorded a few German songs.

Up to that point, the band was called Tempelprayers. The name Rammstein comes from an early idea of Schneider, Flake and Paul. They wanted to have a band and call it Rammstein-Flugschau. They had that name already written inside their Robur Lo (brand of GDR vans) during their time in Feeling B. Accidentally they wrote Rammstein, with two M's instead of one.

In 1993, Rammstein approached Emanuel Fialik, who already knew members of the band from the German Democratic Republic, and asked him to be their manager. He declined, but he took the demo-tape home and listened to the songs over and over again. He only agreed to be the manager of the band after he saw them during a concert at the Knaack club in Berlin.

Now having Emu as their manager, the band had a contract with his company, Pilgrim Management. Pilgrim sent out demo tapes to many different record labels in 1994, but only after Motor Music showed interest in the band did other labels respond as well. The band went with the first because the contract was only about three albums. 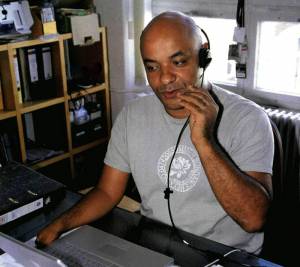 The majority of the material was already written during the band's early days in 1994. The band performed the songs live in their early versions ("Wollt ihr das Bett in Flammen sehen?", ", "Der Meister", "Heirate Mich", "Herzeleid", "Laichzeit"). Some of the songs they had written, were also included on the band's demo tapes ("Das alte Leid", "Du riechst so gut", "Weisses Fleisch", "Rammstein" , "Seemann"). The first song written for this album was "Rammstein", which was also the first song ever written by the band. The last song to be written was most likely "Asche zu Asche" since it wasn't played at their concerts in 1994, unlike all the other songs. 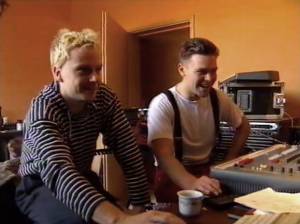 The album was recorded in Sweden. In Polar Studios, the band recorded drum tracks. The rest of the material was recorded in Jacob Hellner's private studios BomKrash. Jacob also produced the album.

"Herzeleid" recordings took about 3 months. The recordings itself were a frustrating time for the band. They weren't used to "office hours", as Jacob would only work during the day in the weeks. Nobody in the band spoke English nor Swedish, so they felt alienated in a foreign country. 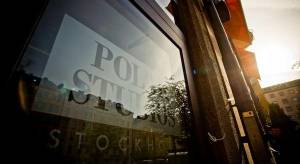 The mixing was also problematic. Richard wasn't satisfied with Jacob Hellner's work at first, which led to many arguments between the musician and the producer. It was decided that the mixing should be done by someone else. The band got in touch with Ronald Prent, who mixed the album in Hamburg. According to Richard, despite arguments and disagreements during the mixing, Ronald saved the album.